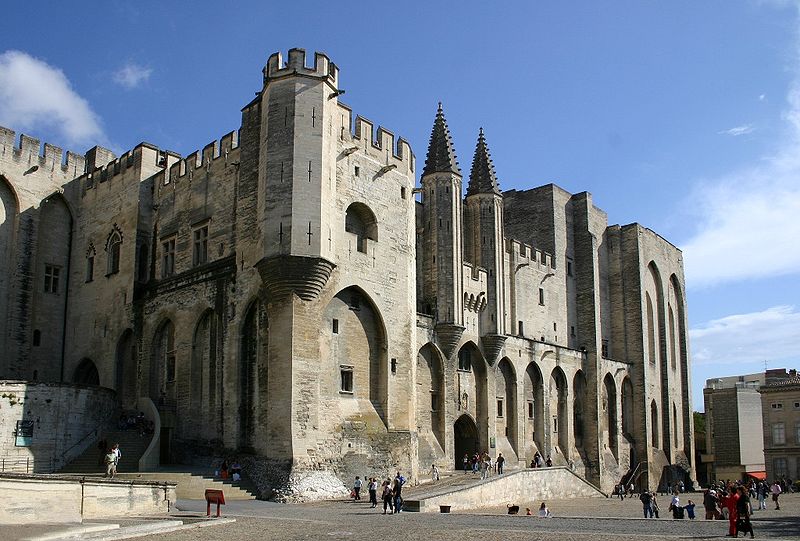 Throughout Europe, castles, forts, palaces and houses remain sites of interest, whether they are now fully furnished museums or mostly ruined. There’s something intriguing to us about a place that once used to be such a focal point in a landscape, and from which so much of history was ultimately decided.

But what sets them apart from each other? ANTHONY EMERY, author of Seats of Power in Europe During the Hundred Years War, tells us what he considers to be top – and the bottom – of his list.

Which is the most impressive yet charmless building in Europe? High on the list must be the Papal Palace at Avignon. Externally it looks all-powerful with its thick walls, battlements and commanding towers so that this palace certainly demands attention and exudes authority. Internally however, it is a sequence of courtyards, corridors, and empty apartments. Built for the popes who lived here for most of the fourteenth century, the many rooms are unfurnished and lifeless. There is little explanation as to their purpose so that the visitor is left with little idea of how this palace functioned. Yet it once thronged with people, full of colour, served as the capital of Christendom, and for a time outshone all the courts of Europe in its extravagance, sumptuous banquets, and the richness of its furnishings.

So where can you see a building that more truly reflects its purpose? Go to Poland and more particularly visit Malbork Castle. It is one of the largest castles in Europe and is totally roofed throughout. It was the headquarters of the Order of Teutonic Knights and it is a vast palace-fortress that encompasses a complete monastery, a fortress, and a sequence of outbuildings and workshops. This complex demonstrates the joining of secular and religious architecture in a residence that is rarely matched so vividly elsewhere in Europe. The vaulted reception rooms of the Grand Master’s residence are the antithesis of the gloomy and depressing apartments of the papal palace.

Seats of Power in Europe during the Hundred Years War, by Anthony Emery and published  by Oxbow Books, assesses and illustrates these and sixty other palaces and castles built by the leading protagonists during this famous medieval conflict. But unlike most architectural books, Anthony Emery’s superb assessment gives readers the historical background which helps the to determine the form and political influences of the time on some of the most spectacular residences of late medieval Europe.

ANTHONY EMERY’s career as an architectural historian was launched with his monograph Dartington Hall (OUP 1970) analysing the most spectacular medieval mansion in the West of England. Specialist studies on Wingfield Manor, Raglan Castle and Penshurst Place were preparatory to his survey of all the principal (and some of the lesser) medieval residences of England and Wales. It took eighteen years to describe and assess over 750 houses built between 1300 and 1500, published in three volumes as Greater Medieval Houses of England and Wales (CUP 1996-2006). For students, Discovering Medieval Houses (Shire 2007) drew particular attention to the relevance between the country’s political and residential development. Seats of Power in Europe During the Hundred Years War extends this view across the Channel.