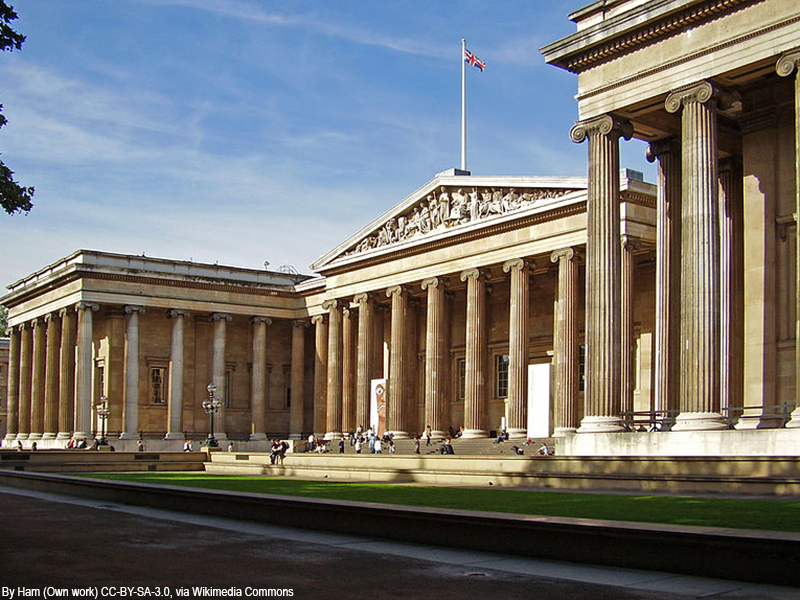 Co-ordinated by the Council for British Archaeology, the Festival of Archaeology offers hundreds of events nationwide, organised by museums, heritage organisations, national and country parks, universities, local societies, and community archaeologists. We’re celebrating by bringing you behind the scenes of some of our biggest books and our distributed publishers. Today, we talk to SARAH FAULKS from the British Museum.

What’s your role at the British Museum?

I am the Senior Editorial Manager for the British Museum Research Publications and I oversee the commissioning, development and production of all of the books in this series (which was originally known as the British Museum Occasional Papers).  The first of these books appeared in 1978 and we have now published over 200 titles on all areas of the British Museum’s collection in the form of catalogues, edited volumes, monographs and excavation reports.”

Can you tell us a little about what projects you are currently working on?

At the moment I am designing the forthcoming British Museum Research Publication on the hoard of Roman British temple treasure discovered at Ashwell in Hertfordshire. The hoard consisted of 27 gold and silver objects, including splendid gold jewellery and beautiful plaques, many of which were inscribed with votive dedications to the previously unknown goddess Senuna. The book therefore provides us with a fascinating insight into the ritual of Roman religion and is highly illustrated with photographs and drawings of the objects found.  This is a really exciting book to be working on, especially as the British Museum has been involved in the subsequent excavation work at Ashwell since the hoard was discovered in 2002.”

What was your most recent publication, and what was particularly exciting about it?

One of our recent highlights has been the publication of a book on the 17 Iron Age cauldrons discovered in 2004 in a large pit on farmland in Chiseldon, Wiltshire. Although the cauldrons were in a very fragile state, the subsequent analysis of these cauldrons has resulted in the discovery of new insights into Iron Age culture. For example, scientists at the British Museum analysed residues of food that had stuck to the vessels and were therefore able to show that the cauldrons were used to serve both meat and vegetable dishes such as stews and gruels. As a result, we now have a much better idea of what people were eating at this time as well as get a sense of the scale of the feasting rituals that these cauldrons were used for.”

What has been the most exciting publication you worked on?

One of the most exciting publications that I have worked on is a recent book on the excavations that took place at the British Museum in 1999 and 2007 prior to the development of the Great Court and the World Conservation and Exhibitions Centre respectively. Not only does the book detail some of the rather extraordinary finds from the excavations (such as the discovery of the hitherto elusive Civil War defences of London), but it gives an overview of the wider urban landscape in which the Museum is situated. It also shows how the building itself has changed since the Museum first opened its doors in 1759 to meet the demands of the expanding collection and growing audiences. As an employee of the British Museum, I was therefore really happy to have worked on this book, and I would certainly recommend it to anyone who is interested in the history of London and the British Museum specifically.”

The British Museum must be an incredible place to work – can you tell us something interesting that we might not know?

There are so many little-known facts about the British Museum that it is difficult to know where to start! The British Museum is the country’s top visitor attraction, with 6.4 million people visiting the Museum in 2016 (although across the UK, 9 million people were able to look at British Museum artefacts outside London as part of long-term loans or touring exhibitions). There are over 6 million objects in the collection, dating from prehistory to the present day. On a slightly more idiosyncratic note, the Museum used to have its own tube station (although unfortunately this was closed in 1933) and has been used as a filming location for a number of films over the years (including of course Night at the Museum: Secret of the Tomb!). More of these quirky facts can be found here.”

You can view all of the books in the British Museum Research Publication series on our website, and you can find out more about the Festival of Archaeology here.