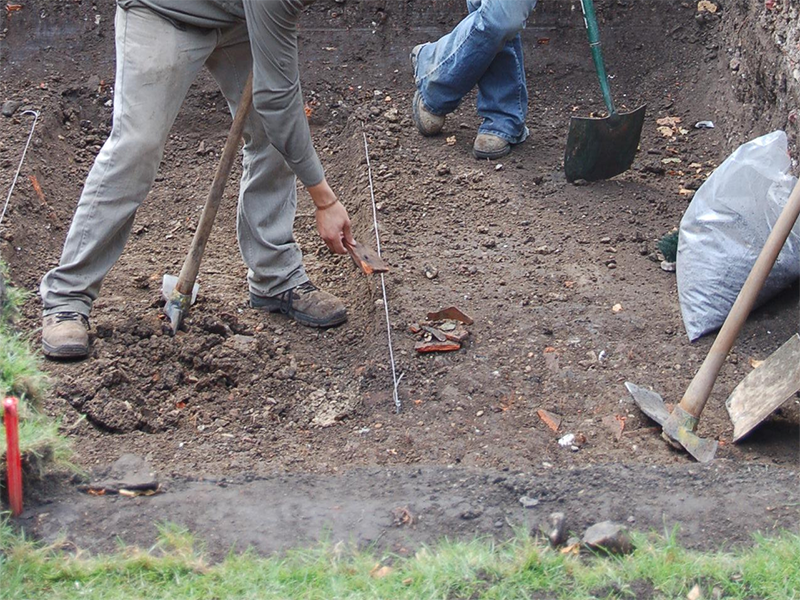 Co-ordinated by the Council for British Archaeology, the Festival of Archaeology offers hundreds of events nationwide, organised by museums, heritage organisations, national and country parks, universities, local societies, and community archaeologists. We’re celebrating by bringing you behind the scenes of some of our biggest books and our distributed publishers. Today, we talk to PIPPA BRADLEY from Wessex Archaeology.

What’s your role at Wessex Archaeology, and how long have you been there?

I have worked at Wessex Archaeology since 2006, starting as a project manager working in post-excavation, eventually becoming the Publications Manager in 2012. I worked on a number of publications alongside the then Publications Manager, Julie Gardiner, who is now Head of Publishing at Oxbow Books. One of my more interesting projects was managing the analysis and publication of the archaeology from the Olympic Park in 2012. What is so fascinating is the range of reports I see in any one year ranging from Palaeolithic material, finds from our Coastal & Marine team, industrial sites in Sheffield to the WWI and WWII remains from the Salisbury Plain.”

Can you tell us a little bit about the history of Wessex Archaeology?

Wessex Archaeology was founded as the Wessex Archaeological Committee on 1 May 1979 − the last of the regional units to be created by the Department of Environment (the DoE). This brought together individual archaeologists in Berkshire, Dorset, Hampshire, Isle of Wight and Wiltshire.

Wessex Archaeology is the market leader in the provision of quality archaeological and heritage services, operating from six offices across the UK. We have five teams delivering a range of services − heritage, archaeology, geoservices, research services and  coastal & marine. Wessex Archaeology is a charitable company which has sustainability and community engagement at its heart.”

What sort of books does Wessex Archaeology publish?

Wessex Archaeology has a long and varied publication history with its established Monograph and Occasional Paper Series. In 2015 we also launched our ebook series. Early excavation reports reflect the original component of the Wessex Archaeological Committee with a focus on sites in Berkshire, Dorset, Hampshire, Isle of Wight and Wiltshire. Since the expansion of our services and the establishment of regional offices our range of

publications has included the results of Coastal & Marine investigations in the North Sea, the London Gateway Port, the Olympic Park, as well as many large-scale infrastructure projects undertaken in conjunction with Oxford Archaeology (High Speed 1 and the East Kent Access Road) and Cotswold Archaeology (A46 Nottinghamshire). As part of Framework Archaeology with our partners Oxford Archaeology we have published the results of major programmes of excavation at Heathrow and Stansted airports. In partnership with other organisations we have worked on the Mary Rose volumes (Mary Rose Trust), the 20th century excavations at Stonehenge (English Heritage) and more recently the moving story of the South African Native Labour Corps many of whom lost their lives on the SS Mendi (Historic England).”

Our forthcoming titles include the investigation of part of a previously unknown Roman small town in Wiltshire; prehistoric and Roman activity around Amesbury, Wiltshire – including seven Roman cemeteries; and a multi-period site at Kingsmead Quarry, Berkshire where some of the most exciting finds include the remains of several Neolithic houses.

Slightly further into the future we will be working on the sites examined under the MOD’s Army Basing Programme in and around Larkhill, Tidworth and Bulford on the Salisbury Plain where sites range from a Neolithic causewayed enclosure, a complex and unique Neolithic double-henge monument, Beaker burials and Bronze Age cremation burials, Anglo-Saxon cemeteries to World War I and II remains including some of the most complete practice trenches ever investigated. I found the WWI and WWII remains particularly fascinating with the graffiti on the chalk walls of the trenches bringing home names and faces to such dramatic world events.”

Any interesting facts about Wessex Archaeology that we may not know?

Our head office building just outside Salisbury is fascinating and there is a lot of history attached to it being the Medical and Operations (flight rather than surgical) Blocks for the Old Sarum airfield. WA moved here in July 1988 and the buildings still held a few relics of their RAF use − a drugs cabinet and old newspaper cartoons stuck on a wall, for instance. In recent redecoration, a noticeboard was moved and the back of it is stamped ER 1958 relating to the building’s previous use.”

You can view all of the books from Wessex Archaeology on our website, and you can find out more about the Festival of Archaeology here.