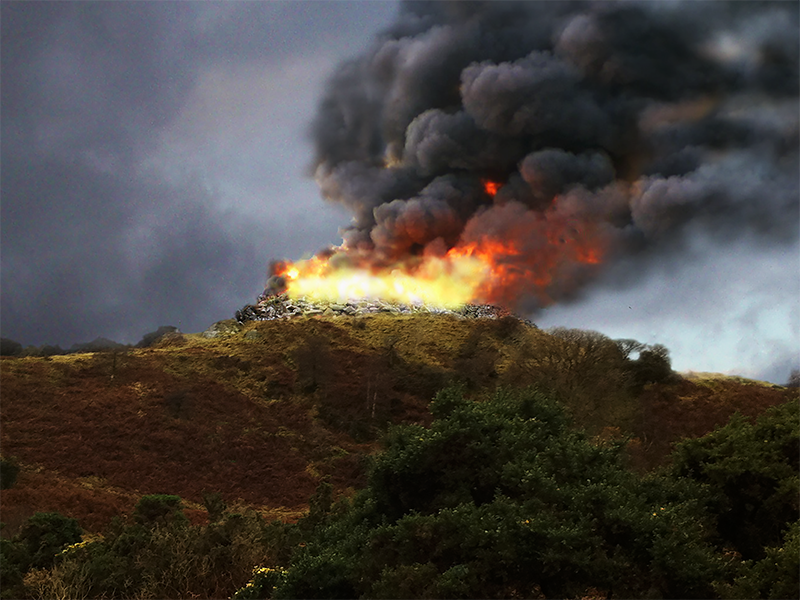 Co-ordinated by the Council for British Archaeology, the Festival of Archaeology offers hundreds of events nationwide, organised by museums, heritage organisations, national and country parks, universities, local societies, and community archaeologists. We’re celebrating by bringing you behind the scenes of some of our biggest books and our distributed publishers. Today, we talk to RONAN TOOLIS from GUARD Archaeology, author of the bestselling The Lost Dark Age Kingdom of Rheged.

Ronan Toolis is a Director of GUARD Archaeology Ltd. He has excavated extensively in Scotland, with particular emphasis on prehistoric settlements across south-west Scotland, and has written numerous articles on Scottish archaeology. Along with Christopher Bowles, he is author of The Lost Dark-Age Kingdom of Rheged, one of Oxbow Books’ bestsellers, which presented new archaeological evidence for the presence of a royal stronghold as the heart of the hitherto ‘lost’ Dark Age kingdom of Rheged, which was pre-eminent amongst the kingdoms of the north in the late sixth century AD. The book was covered by the BBC, the Daily Mail, and Fox News, as well as dozens of other media, news, archaeology and science sites, magazines and papers.

Can you tell us a little about your most recent publication?

Along with co-author Chris Bowles, my most recent publication was a book – The Lost Dark Age Kingdom of Rheged – that presents the results of our excavation of Trusty Hill, which revealed the archaeological remains of a royal stronghold that lay at the heart of a lost Dark Age kingdom that was once pre-eminent in northern Britain.”

What about related projects you have been working on?

I’ve recently completed the Galloway Picts Project, which examined the archaeological context for the Pictish Carvings at Trusty’s Hill in Galloway. The summit of this hill encircled by a vitrified rampart but our interest was spurred by Pictish Symbols carved on to the face of a natural outcrop of bedrock at the entranceway to the fort. These Pictish carvings are unique in Dumfries and Galloway and have long puzzled scholars as to why such symbols were carved so far from Pictland which lay far to the north. Far from validating the existence of Picts in this southerly region of Scotland, the archaeological context we revealed instead suggests the carvings relate to a place of inauguration for the local Britons of Galloway around AD 600.

Now that this work has been completed, I am thinking about returning to Galloway to investigate more early medieval sites that may be potentially contemporary to Trusty’s Hill and which might therefore shed more light upon its wider context.”

What is GUARD archaeology, and what does it do?

GUARD Archaeology was formerly part of Glasgow University (since 1989) and started trading as an independent company on the 1st January 2011. We undertake archaeological research for individuals, industry, government and local community groups throughout Scotland and across the UK and Europe. We provide a full range of archaeological services to the benefit of our clients and the historic environment. We are a CIfA Registered Organisation.”

How can people find out more?

Visit www.gallowaypicts.com to keep up to date with the project and any future work, or follow GUARD Archaeology on twitter.

The Lost Dark Age Kingdom of Rheged: the Discovery of a Royal Stronghold at Trusty’s Hill, Galloway
By Ronan Toolis and Christopher Bowles

Trusty’s Hill is an early medieval fort at Gatehouse of Fleet, Dumfries and Galloway. The hillfort comprises a fortified citadel defined by a vitrified rampart around its summit, with a number of enclosures looping out along lower-lying terraces and crags. The approach to its summit is flanked on one side by a circular rock-cut basin and on the other side by Pictish Symbols carved on to the face of a natural outcrop of bedrock. This Pictish inscribed stone is unique in Dumfries and Galloway, and southern Scotland, and has long puzzled scholars as to why the symbols were carved so far from Pictland and even if they are genuine.

The Galloway Picts Project, launched in 2012, aimed to recover evidence for the archaeological context for the inscribed stone, but far from validating the existence of Picts in this southerly region of Scotland, the archaeological context instead suggests the carvings relate to a royal stronghold and place of inauguration for the local Britons of Galloway around AD 600. Examined in the context of contemporary sites across Scotland and northern England, the archaeological evidence from Galloway suggests that this region may have been the heart of the lost Dark Age kingdom of Rheged, a kingdom that was in the late sixth century pre-eminent amongst the kingdoms of the north. The new archaeological evidence from Trusty’s Hill enhances our perception of power, politics, economy and culture at a time when the foundations for the kingdoms of Scotland, England and Wales were being laid.