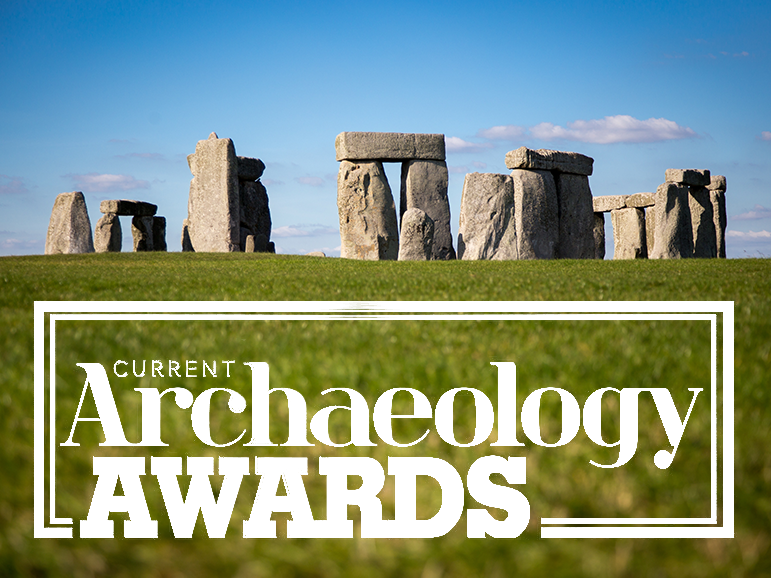 The 10th annual Current Archaeology Awards are coming in February, which celebrate the projects and publications that made the pages of the magazine over the past 12 months, and the people judged to have made outstanding contributions to archaeology.

We take a look at some of the nominations related to our published or distributed books.

BOOK OF THE YEAR

This is the first comprehensive account of the building history of st Paul’s Cathedral as revealed by archaeological excavation and recording, documentary research and engineering works. In CA 322, Tim Tatton Brown said that John Schofield ‘is to be hugely congratulated on producing two splendid books covering all the archaeology of the cathedral from AD 604 to the present day. A great achievement.’

Exploring the palaeolandscapes of southern Britain, this book focuses on both the archaeological and environmental data from the period in order to provide a much-needed perspective on the dynamics between different climates in the region, while also clearly explaining the science behind the results. In CA 324, George Nash calls it ‘A must-buy book’.

This volume presents for the first time the results of the excavation and scientific analysis between 2005 and 2013 of seventeen Iron Age cauldrons discovered in a large pit on farmland in the parish of Chiseldon, Wiltshire, and consequently acquired by the British Museum. In CA 329. Rachel Wilkinson says that ‘It sets the bar high for future research publications on hoards and adds significantly to our understanding of the Middle Iron Age.’ 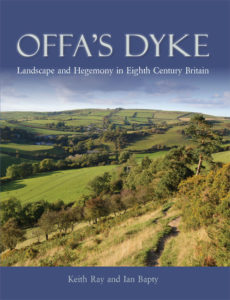 This major new study of Offa’s Dyke is the first for over fifty years. Incorporating all the latest evidence and research, this attractive volume sheds light on the design and purpose of this highly significant monument. In CA 329, George Nash refers to is as ‘a must-have for those researching the early medieval archaeology of the frontier lands of the Welsh Marches.’

RESEARCH PROJECT OF THE YEAR

Cartimandua’s capital?: Roman diplomacy and the rise of Stanwick
New radiocarbon dates in combination with material evidence from the fortified complex at Stanwick, North Yorkshire, suggest that it was not a focus of resistance against Rome, as was once thought, but instead had earlier Iron Age origins and was most likely a Brigante stronghold, allied with Rome. The project was published in Cartimandua’s Capital?, edited by Colin Haselgrove and published by the Council for British Archaeology.

FIND OUT MORE ABOUT THE BOOK | READ THE ARTICLE

Rome’s homes on the range: revealing the Romano-British countryside
Previous into Roman Britain has predominately focused on more high-status villas and urban townhouses, leaving the lives of the common people unknown. The research compiled for the monograph, The Rural Settlement of Roman Britain, however, firmly elucidates the archaeological and historical evidence of everyday life in rural Roman Britain. This project was published by Roman Society Publications in The Rural Settlement of Roman Britain, by Alexander Smith, Martyn Allen, Tom Brindle, and Michael Fulford.


FIND OUT MORE ABOUT THE BOOK | READ THE ARTICLE

Rheged rediscovered: uncovering a lost British kingdom in Galloway
This project set out to establish the context of unusual Pictish symbols carved at the entrance of Trusty’s Hill, a small hillfort in Dumfries and Galloway. They discovered similarities between this and other elite sites, suggesting that Trusty’s Hill may have been a royal stronghold – perhaps of the elusive Rheged kingdom. This research project was published in the best-selling Oxbow Books volume, The Lost Dark Age Kingdom of Rheged by Ronan Toolis and Christopher Bowles.


FIND OUT MORE ABOUT THE BOOK | READ THE ARTICLE

RESCUE PROJECT OF THE YEAR
Sponsored by Oxbow Books

FIND OUT MORE ABOUT THE BOOK | READ THE ARTICLE