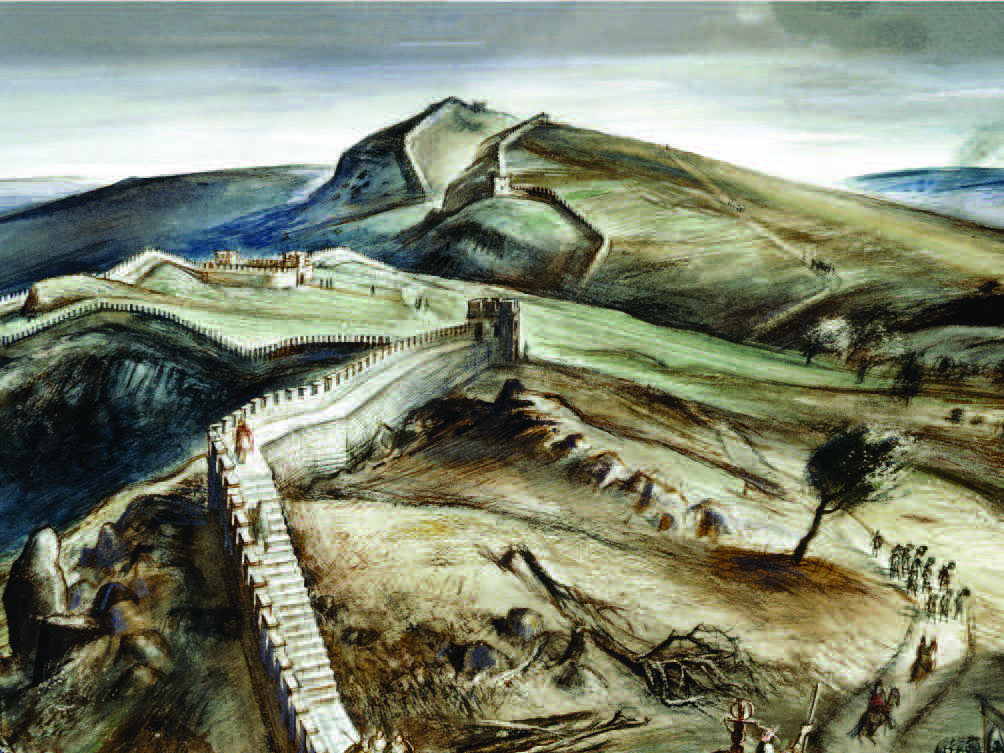 Alan Sorrell was a celebrated and accomplished artist, most renowned for his meticulously researched archaeological reconstructions. Alan Sorrell: The Man who Created Roman Britain is written by his children, and is the first book to chart his life as an artist. JULIA SORRELL shares the process of remembering her father.

Alan Sorrell: The Man who Created Roman Britain is a biography of our father written by my brother Mark and myself. I begin by openly admitting that I am the daughter of Alan Sorrell and a practising artist rather than an academic or a writer. I hope I have been able to give a fresh objective insight into this man’s personality, strengths, weaknesses and personal feelings of inadequacies so characteristic of artists yet rarely said. Mark & I had the opportunity of accessing Alan’s hitherto unpublished written material. This being in the form of letters, love letters, short stories and manuscripts either as a Prix de Rome student  or later recording his trips to Greece &

Istanbul in 1954 and Nubia in 1962 in association with the then Illustrated London News. My intention was to allow Alan to have a voice wherever possible so the reader can trace this man’s journey from a ‘ …diffident young man with a stammer’ as expressed by a visiting student (Aileen Henderson – later Aileen Fox) at the British School at Rome, to the confident mature man of later years. The interesting observation about Alan Sorrell is his complete contrast with the norm of to-day where nowadays the work is secondary to the personality and brand name of the artist. In Alan’s case you mention his name, and people look blankly and remark ‘who?’ – yet you show a drawing of Hadrian’s Wall or Stonehenge – and so often their countenance changes as they remember visiting a site, or seeing a book with these images in. Many archaeologists and historians have told me how, as children, their imaginations had been inspired by his work and subsequently influenced their career choice.

The title,‘ The Man who created Roman Britain’, was an example of a mischievous sense of humour relayed to a naïve young daughter  following many site visits where there were always his images. Nevertheless prior to his work there had not been much visualisation of our past to capture the imagination of the archaeologist and the layman alike. I include the word here of ‘much’ as there were artists like Amédée Forrestier but his images did not have the accuracy that Sorrell achieved by working in close collaboration with all the leading archaeologists of the day, visualising it as precisely as possible yet with artistic integrity. It is interesting to note just how thorough he was in this process which Mark elaborates on in his section.

Writing about my father, I found an interesting experience. He died when I was 19 and so, like any teenager, he was still my father rather than having reached an individual status with the frailties common to us all. For me it was a seemingly idyllic household where one had very little worries, being unaware that behind the scenes he was continuously making financial calculations as to how much money was in the bank. In fact I thought we were rich and so did my brothers. One day my eldest brother, Richard returned home and confronted my father that, as an art student, he was being teased for being ‘filthy rich.’ My father merely presented him with his bank statements, and Richard quietly returned them saying ‘How do you mange?’ My mother had bought objects very cheaply from antique shops to fill the house with ‘beauty’ and so make us not jealous of those better off than ourselves. However, all these objects had ‘to pay for their very existence’ by appearing in one or more of my mother’s paintings.

When reading my father’s writings, I regularly found similar problems that had re-emerged within myself, which I too have agonised over. Unwittingly they were central to our developments as both people and artists. He had extraordinary feelings of inadequacy about his work and conscious of being over-looked yet wishing to be taken seriously and  being needed. This manifested itself when travelling abroad and painting for hours in the same spot whilst tourists came, took snap-shots and sped off to their next destination. Alan repeatedly lampooned the use of a camera and made copious justifications for the value of an artist. When I was in Orkney a couple of years ago on a travel award from ACE Foundation to produce an exhibition of paintings, I too would watch tourists come and go whilst I was drawing for many hours. I, too, had long considered the artist versus the camera syndrome. Yes, I concluded, it is more long-winded but it is a personal view of the world and that is why it is still of value, and as humans the urge to create is so much part of our psyche that links us to our ancestors, that the more mechanised we become, the more people appreciate individual creativity. As an artist it is interesting to study another artist’s approach especially one’s parent. Whenever one paints one has to feel a sense of inner confidence as this affects the final result. Sometimes when producing a piece of work which is stretching myself further I put on a tempestuous piece of music to help me to be a bit daring and rid any sense of conventionalism. Then I wonder, was that why my father was playing on our basic record player Beethoven’s Eroica, or  Sibellius’ Finlandia? If one looks at early pieces of work by my father one is aware of the figures being quite stilted but as he matured, the figures became more relaxed and freer in feel – fundamentally they were produced by a more confident and resolved person. After all this artist felt ‘needed’ and appreciated by archaeologists for producing work in his own individual style visualising their research, even if he were to die not fully appreciated by the art world itself. 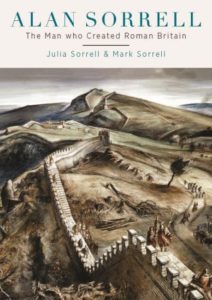 Beautifully illustrated throughout with the artist’s own paintings and drawings, this book draws extensively on unpublished archival material detailing the artist’s correspondence and collaboration with some of the most influential archaeologists of the 20th century, and provides new insights into the character of the artist and the wide range of his works.

Julia Sorrell RI, RBA is an artist living and working in Norfolk with her husband Ian Sanders. She was awarded in 2015 an ACE Foundation TravelArt Award to produce exhibitions of paintings and sculpture based on the landscape and archaeology of Orkney. Apart from being an artist, Julia has written articles and given talks about Alan & Elizabeth Sorrell and herself, but this is her first book.