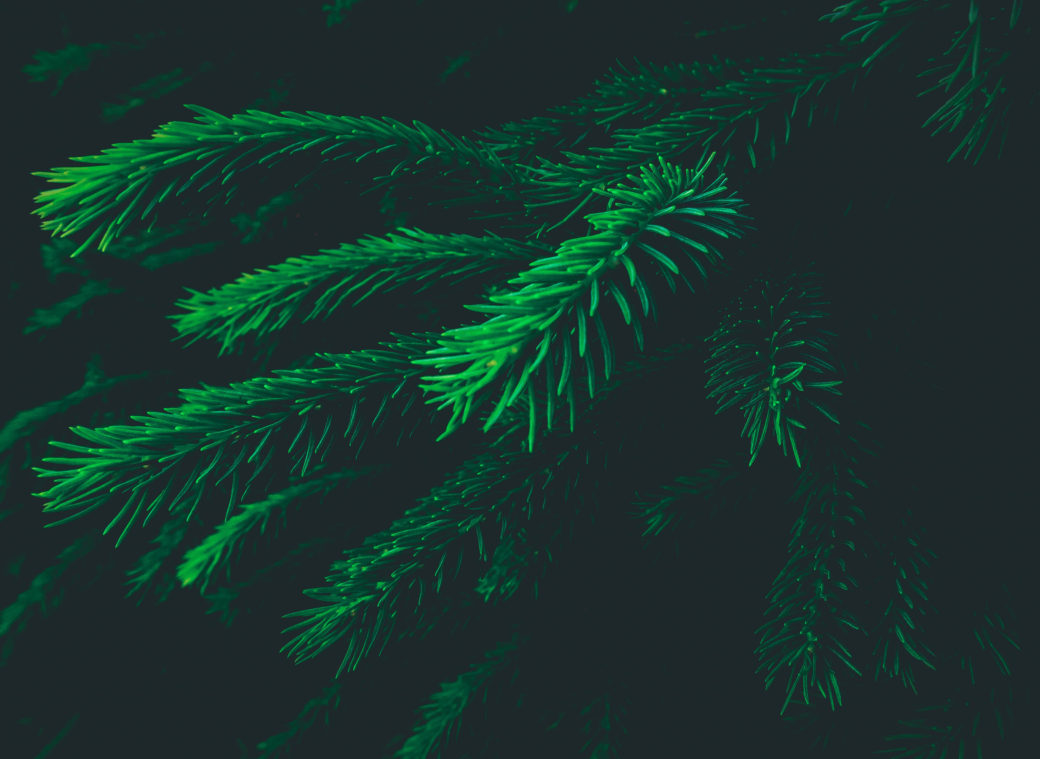 Trees of the Past

Ancient pollen grains shed from living trees in past millennia are often encountered by archaeologists. They were the failures: the pollen neither reached an ovule of the same tree species, nor fertilised a waiting female cell to produce seeds. But due to pollen grains’ hard coat, they have been preserved in an identifiable state within freshwater sediments, peat or soil. Archaeologists also discover other fragments of trees, such as leaves, nuts or cones.

Bigger pieces could be ‘bog oak’, which are branches or trunks of any species, embalmed, blackened and hardened by centuries or millennia within peat.

In recent decades, the public has been excited by archaeological discoveries of large or complex wooden structures made from trees by our ancestors. These include henges, which are big timber posts arranged in a circle; tracks  across saltmarsh or peat, constructed of woven or planked woods; wooden lake dwellings called crannogs, built on stilts at the end of short causeways.

Tree remains can nowadays be identified to species and aged by tree-ring or carbon-14 dating, even to the year and season when the parent tree of the piece of wood was felled or cut. Shape, weight, marks from tools and teeth give archaeologists more clues about how they were made and used.

Trees of the Present

As an ecologist, why would I be interested in pieces of past trees encountered by archaeologists? After all, I mostly study living trees and shrubs in present ecosystems. Well, archaeologists’ finds are parts of trees which lived and grew in past ecosystems and they  give us ecological as well as historical clues: the tree species which grew at a particular time and place, the environmental conditions in which they grew, their abundance, geographical distribution and dispersal.

Ecosystems function according to the adaptations of their species to the natural environments in which they find themselves: climate, weather, geology, soil, topography, flora and fauna. During 8000 years of prehistory, trees in the British Isles carried on their lives in the presence of humans, a species of fauna  which influenced, for instance, tree numbers, reproduction, distribution, life-span and tree shape. Vice versa, for 8000 years, prehistoric humans lived in a landscape containing trees and woodlands which affected their lives. Woodlands contained foods, gave fuel, tools and shelter, harboured predators and affected how and where humans travelled.

This means that ecologists should also treat the historical impact of humans on species and ecosystems, as an environmental factor.

Trees and Woodlands as History

During my very first research project – in a mixed-oak woodland in the Scottish Highlands – I discovered that natural environmental conditions were not the only factors which determined its structure. The tree species, their spatial distribution and age-classes suggested that humans had, for instance, removed low-value trees in some places, planted the oaks or their predecessors, and managed the woodland as ‘oak-coppice-with-oak-standards’ in the past. That the oaks were English oak (Quercus robur) –  not the expected upland, rocky-habitat, Sessile oak (Q. petraea) – suggested that the acorns had been imported from England or France.

In all the woodlands I have since studied, there were trees which gave clues about how humans had used them, for instance by pollarding, removing ivy, for attaching traps, as site markers. Woodlands also ‘fossilise’ historic features from previous landuse, including lynchets, charcoal-burn plots, parish-boundaries, patterns of ground corrugation from styles of ploughing for afforestation.

For several years I tramped around a large, mixed-deciduous woodland in southern England, which was thought to be ecologically similar to ‘natural woodland’ of the British Isles. With assistance from  knowledgeable naturalists, I mapped and measured the distribution and population structure of the 43 tree and shrub species. I dug into historic records and I talked with local people. It turned out that this woodland had been used for many purposes during at least 1000 years, though it had been left derelict recently.

An Anglo-Saxon charter and later documents showed that this woodland had been integral to a transhumance system. Every summer, pigs and other stock were driven along ‘green lanes’ from sunny, south coast farmland, northwards into the cool ‘Andreadsweald’, a woodland which stretched for over 100 miles west from Kent to Hampshire. The stock then foraged for beech mast and oak acorns. As time passed, glades formed where the drovers and their animals encamped annually.

After centuries of transhumance use, the glades became permanent openings in a landscape mosaic of woodland, grazing glades and small fields. This woodland is a large remnant of the transhumance grazing era, a ‘woodland common’ still with tenants holding grazing and other rights. A sixteenth-century ‘furnace-pond’ and its dam are fossilised beneath the canopy, while a network of ancient banks demark ancient glades or later enclosure for tree management.

Even in the apparently-virgin forests of Alaska, ‘Culturally Modified’ spruce trees show how First Nations people used them to obtain sweet underbark to eat.

Big, veteran trees are popular landscape features. The majority of immense yew trees grow in Welsh churchyards and are about 1500 years old, from the time when early Christian saints built retreats for themselves. The largest-girth yew in Britain lives in Fortingall churchyard, Perthshire; it is probably 1500 years old but may be over 2000 years. [ Find out more! ]

The largest-girth oak in England (13.3.m measured at 1.5m height) is the Bowthorpe Oak, Lincolnshire, estimated to be about 1000 years old. One of a grove of huge oaks on the estate of Blenheim Palace, Oxon. is also thought to be over 1000 years old. 736 large oaks in England were named historically, with 300 years a likely age for most of them. [ Find out more! ]  The famous pollarded Knightswood Oak in the New Forest is about 600 years old and has a girth of 7.38 m. [ Find out more! ]

Archaeologists are now finding evidence from west coast North America that Sitka spruce has been used by native peoples during ten millennia. Planks, wedges and braided strands of split roots from a littoral site were discovered on the islands of Haida Gwaii, British Columbia. A Sitka spruce basket nearly 6000 years old was discovered in the muddy bank of a river on Prince of Wales Island, Alaska. In historic times Sitka spruce has been a vital everyday and artistic material for First Nations people.

We use trees in our everyday lives. But even archaeologists and ecologists don’t usually live on crannogs or build wooden henges. I normally walk on stone, grass or heather, although during the exceedingly wet year of 2017, wooden trackways would have been exceedingly useful for traversing fields, moorland and even roads.

The most important tree products in my life are computer paper, toilet paper, books, furniture,  construction timber and a beautiful willow basket woven by a friend.

What true products will we leave for future historians and archaeologists to find? There will be pallets, pit props and paper documents from Granny’s era, as well as her dresser and her woven dog basket. Archaeologists will excavate huge foundations of huge buildings containing identifiable wood chips and worn metal from long saws and Archimedes screws.

Historians exploring overgrown, ruined buildings on the Isle of Man will find endemic types of garden furniture and fencing which they might name the ‘Manx Culture’.  Folk Museums will show examples of twenty-first century vernacular housing constructed of Sitka spruce – and will wonder why this species was used.  Archaeologists of the future will guess that remnants of larch fencing along derelict roads was to prevent access by hungry country dwellers eager to hijack food stores from trucks: will their deductions be correct?

RUTH TITTENSOR studied botany at Oxford University and woodland ecology and history at Edinburgh University. She has since worked on numerous ecology and environmental history projects for estates, farmers, residents, small and large organisations, cooperaing with archaeologists, historians, archivists and community-groups on research in Scotland and southern England. 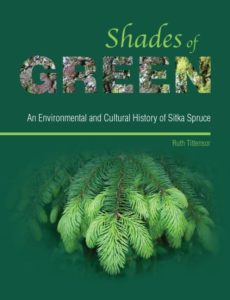 This book presents the first major study of the importance of Sitka spruce in North America and the British Isles in terms of landscape and landscape history, cultural perceptions and reactions, and economic terms.