Who were the Vikings? How much can we know about the individuals of the period – what they looked like, how they presented themselves, and how sickness or disability affected their lives?  ‘The Viking Age: A Time of Many Faces’ is a new book from Oxbow Books which examines new and existing Swedish osteological evidence to try and answer some of these questions. Check out the extract below to find out how we can answer some of the questions about the people of the Viking Age.

Vikings. Say the word and we think of robbery, rape and pillage, assault, battles, kings, chiefs, mercenaries, and colonization. Vikings. We think of ships, long-distance travel and connections, runes, buried hoards of silver, and trade in both goods and people. Vikings. We think of the meeting between paganism and Christianity. Vikings. We think of the Icelandic sagas, of European settlers in Greenland and Vinland and ibn Fadlan’s descriptions of the Norse traders in the east, “Rus” as tall as palm trees, with blond hair and tattooed bodies and young female slaves following their masters into death. But there is much more to tell.

Some scholars believe that the Viking Age is not a correct designation because the word Viking mainly denotes a “pirate” and describes only that part of the population who set off on plundering expeditions. Nor was there any homogeneous Viking Age culture or a Viking Age people, since Scandinavia at this time consisted of small geographical areas with different names and traditions, not countries with borders like the present-day Norway, Sweden, and Denmark. On the other hand, the Old Norse mythology and language were the same.

Although the word Viking is mainly associated with the more violent activities of this period, precious metals in different shapes and labour in the form of slaves were brought home and thus also benefited the more sedentary part of the Norse population. In other words, the results of the actions performed by the Vikings were deeply integrated in the society of the time. The traces of the period we today call the Viking Age, AD c. 750–1050, represent both those who travelled on raids and military expeditions, and those who peacefully pursued trade and made their living from what the farm yielded. Representatives of the different groups were, in all probability, intimately associated with one other. So, is it really possible to distinguish between those who are called Vikings and the rest of the population?

This book deals with both those who lived their entire lives in Scandinavia and with those who set off í víking, “on plundering expeditions”. The latter usually came back, perhaps switched to another livelihood, and were buried at home. The findings presented here are based on the skeletons of those who originally came from Scandinavia. But as we shall see, there were also foreigners in these places of burial. Clues to a knowledge of this period come from archaeological excavations of burial grounds. Here we find the skeletons of people of all ages from different social classes. Studies of the skeletons not only give us insight into how people expressed their identity but also enable us to detect the situation of the most vulnerable individuals in society, namely, children and the elderly. We get a glimpse of health conditions in those days, and how social networks functioned, and of how people viewed and treated those who differed in various ways.

Previous scholarly studies of Viking Age populations in Scandinavia, based on analyses of skeletal material, have been published by a number of researchers. These studies deal with matters of health and migration, and the fact that a proportion of the population consisted of slaves. Researchers have also examined the dental health of the Viking Age population and found a high degree of tooth loss and heavy wear, along with a widespread prevalence of caries, but there are also examples of attempts at dental hygiene reflected in the use of toothpicks. A study of cemeteries in the Mälaren valley suggests, for instance, that the health status of the people buried in the cemeteries adjacent to the well-known trading site of Birka seems to have presented more infections and disturbances in nutritional intake than, say, those buried in the early Christian graveyards in Sigtuna. Dietary analyses of the early Christian burial places in Sigtuna also show that the women consumed more vegetables than men. That people did not only travel from but also to Scandinavia is seen, for example, in an aDNA analysis of the skeletons in the Viking Age Oseberg ship in Norway. The young woman buried in the ship may even have come from as far away as the region around the Black Sea. Even more examples of mobility – perhaps not always voluntary – are indicated by the study of a dozen or so graves at Flakstad in Norway. Isotope and aDNA analyses led to the conclusion that some of the individuals were slaves. Another recent study of conditions in the Iron Age concerned the population of the island of Öland in the Baltic Sea. Based on strontium analyses, this study demonstrates that immigration of people to Öland was greater in the Viking Age than in earlier periods of the Iron Age. It was also observed that the origin of the newcomers varied, from nearby to far away. Large-scale strontium analyses of Viking Age grave material from Denmark has also shown that those who came from outside tended to be buried with more grave goods than the local people, and that a large number of the men in the military forces of Harald Bluetooth, who reigned in the 10th century, were recruited outside Denmark. Our study, however, is the first synthesis of its kind examining Viking Age populations from several different regions in present-day southern Sweden.

During the Viking Age there were two different ways of handling the bodies of the deceased: they were either burnt on a pyre (cremation) or buried unburnt (skeletal graves). To some extent these burial practices occurred in parallel depending on where in Scandinavia we look, but a certain chronological shift can be observed, as cremation graves dominated in the earlier phase of the Viking Period. In several of the geographical areas investigated here there was a switch to skeletal burials early in the Viking Age. The graves used in this study are exclusively skeletal. The reason for this is that one of the main purposes was to study health and living conditions in the Viking Age, which is difficult in the case of cremation graves, where diseases cannot be detected in the same way as with a skeleton.

This publication aims to describe the Viking Age on the basis of new material that has not hitherto received the attention it deserves, namely, the skeletal material. The idea is to synthesize this research and thus further contribute to the accumulation of knowledge about living conditions during the Viking Age. Since this study also covers a relatively large geographical area, we can obtain a good picture of the health status during the period. Behind every skeleton is an individual; some of them lived only a few hours, while others had a long and eventful life. This book will reveal what life was like for them. 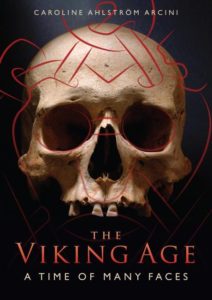 The Viking Age: A Time of Many Faces

FIND OUT MORE ABOUT THE BOOK