Author MARK MCKERRACHER explores the problems and pitfalls of Medieval farming – and how we can hope study farming, farms, livestock and crops through archaeology.

Every year, the medieval farmer faced a stark warning: winter is coming – is your granary full?

Since humanity starting farming, more than 10,000 years ago in the Middle East, we’ve been at the mercy of the harvest. We’ve been obliged to do everything we can to get our crops and livestock to thrive, and the odds are generally stacked against us. Diseases strike our animals, fungi infest our crops, insects nibble our grain, mice attack our larders, frosts and floods savage our fields, while hayricks may burn, and tools may rot and rust. With the wild forces of nature ranged against them, our harvests and yields have been under constant threat. This threat has been so dire that, in a well-known arable parable from the Bible, it can stand for the risk of paradise lost: “Behold, a sower went forth to sow; and when he sowed… some fell among the thorns; and the thorns sprung up, and choked them” (Matthew 13:3-7).

As if this game of thorns were not difficult enough, there’s a vicious circularity to farming failure. If you don’t get enough food in store, the loss of precious calories makes it that much harder to put in enough labour to increase yields the following year. And if it’s that tough just to keep going, it’s that much harder again to feed more mouths, year on year, and actually increase the population. And yet, so it seems, this is precisely what the farmers of early medieval England managed to achieve: the sustenance of a massively growing population. Historians and archaeologists find that, between the fifth and thirteenth centuries AD, the population of England not only recovered from its post-Roman dip, but then soared to unprecedented heights. Until the crisis of the Black Death, English farmlands were feeding far more mouths than ever before. What had changed? What were they doing differently? What was their secret weapon in the game of thorns? 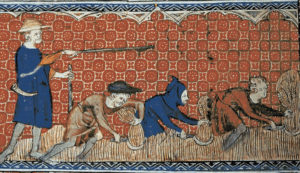 Medieval English farming has been a contentious academic topic for well over a hundred years. But it must be said that this kind of question – ‘how did they do it?’ – has not been at the forefront of research. Instead, the focus has more often been along these lines: ‘We know what they ended up doing, but when, where and why did they start doing it?’

The strategy in question is open field farming, which characterised the English Midlands and indeed a wider swathe of central England in the medieval period, from Yorkshire in the northeast to Dorset in the southwest. This is not to say that other distinctive, innovative strategies were not pursued to the east and west of this central swathe but, on the whole, historians have been most fascinated by the open fields, their operation and their origins. And indeed they are somewhat unusual – apparently unlike anything that preceded or succeeded them.

The farmers, living together in a close-knit village community, didn’t each have a field of their own. Rather, they shared two or three huge fields between them. The fields were divided, not physically by hedges or fences, but notionally and by custom and tradition. They might be marked by stakes in the ground (as is still the case in Laxton, Nottinghamshire), and the whole system relied on the various stakeholders agreeing on collective decisions about crop rotations, fallowing, grazing, and so on. In short, it was a closely cooperative system, with the advantage of shared risk and resources (such as the communal use of an expensive plough and ox team), offset against the potential disadvantage of shared failure.

Written records tell us that systems like this were in full swing by the thirteenth century. But nobody recorded their genesis, so we’re left in the dark not only about when and where the strategy emerged (or evolved), but also about why people thought of doing it in the first place. Using maps, charters, place-names and extant field patterns, landscapes historians have put forward various theories about the origins of the open fields. Some say they developed in the eighth century, some say the tenth, and others say the twelfth. Some say that the natural environment was the root cause of their development, while others put it down to social and political factors.

There’s certainly no consensus, and you can’t help but wonder if we’ve been asking the wrong question. Rather than start at the end of the process, looking at the developed open field systems and working backwards, what if we start at the beginning – that is, around the seventh and eighth centuries, when archaeology gives us the first glimpses of agricultural recovery – and work forwards, trying to work out what people started doing differently, whether it was fully-fledged open field farming or something else altogether.

Written sources are too sparse to support this kind of approach. Not so archaeology, which is producing ever more evidence for settlement and farming in early medieval England. Crucially, modern archaeology is adept at retrieving and analysing the bony remains of animals and the burnt remains of cereal crops, along with the ephemeral traces of settlements and the long, wet chronicles of pollen sequences. In this way, we’re now amassing a great deal of direct evidence about farms, livestock and crops from this period. This dataset is currently being mined by a major research project at the Universities of Oxford and Leicester. It’s led by Professor Helena Hamerow, funded by the European Research Council, and it’s called Feeding Anglo-Saxon England – or FeedSax, for short. 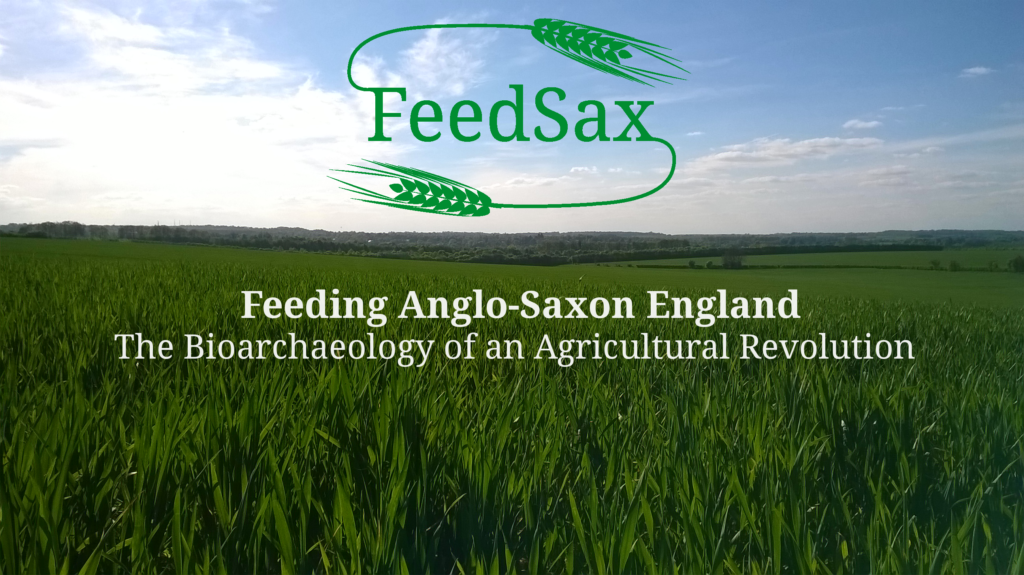 We’re collecting data about settlements, pollen, bones and seeds from the vast array of excavation reports now available from resources like the Archaeology Data Service as well as published books and journals. More than this, we’ll be accessing the very bones and grains themselves from a selection of sites across England, and subjecting them to intensive scientific analysis: radiocarbon dating to fix them firmly in the medieval timeline; pathological studies of cattle bones to witness the deforming effects of heavy ploughing; ecological studies of the wild flora; and stable isotope analyses to examine the diets of livestock, and the manuring and irrigation strategies in the arable fields. There’s a website, blog, and Twitter account (@FeedSax) to follow for updates as the project progresses. We’ve got four years to plough this furrow (2017-2021), so stay tuned as we try to determine just how those medieval farmers fought – and for a while prevailed – in their game of thorns. 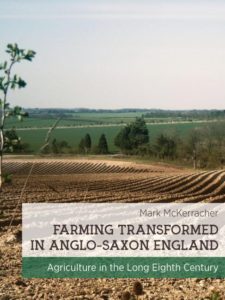 This fascinating new study shows how farming was transformed, largely under the contol of royal, aristocratic and monastic centres, leading to economic resurgence after two long dark centuries of post-Roman decline and political unrest.