On 26th October 1918, one hundred years ago, Cecil Chubb gave Stonehenge to the nation, ending the private ownership of the monument. To celebrate, we take a walk through some of the weirdest and wildest theories surrounding England’s most famous monument.

You can’t talk about Stonehenge without bumping into a good old-fashioned alien conspiracy theory. One of the most prominent can be traced back to a book published in 1968 by Erich von Däniken, called Chariots of the Gods? Unsolved Mysteries of the Past. The book suggests that ancient religions and technologies were given to ancient civilisations by ancient alien astronauts, who were received as gods.

Von Däniken claims that Stonehenge was built by this visiting aliens, or at least that they provided the necessary knowledge and technologies to build it. Not wanting to imply that these visitors were underachievers, he also gives them credit for the Pyramids, and the Easter Island Moai, among other things.

Sightings of UFOs have continued to crop up in newspapers, magazines, and online, and one notable incident even saw researchers stalked by a “tall, thin figure”. An alien popping back to check on his proud work, perhaps?

Aliens too outlandish? How about a legendary sorcerer?

This theory was first put about in the 12th century by Geoffrey of Monmouth, a British Cleric and Historiographer, generally held responsible for the popularity of the Arthurian myths.

According to Geoffrey, a giant had brought the stones from Africa to Ireland, for their healing properties. But when King Aurelius wanted to erect a Battle Monument, Merlin suggested he should use the stones. How do you get such huge, heavy stones from Ireland to Salisbury Plain? Ye Olde Amazon Prime, a.k.a. Merlin’s magic.

Admittedly, the stones that make up Stonehenge have been identified as two types, both coming from relatively far away. What more plausible explanation than giants and magic?

It was the world’s first computer. 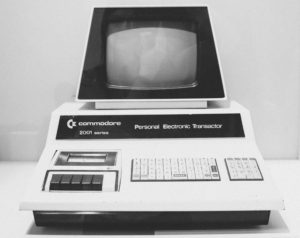 The idea that Stonehenge was used for making astronomical predictions was actually a fairly established theory for a long time. Certain stones do seem to be placed with cosmological events in mind, but scholars now make the distinction between a monument marking astrological movements, and predicting them.

But if the monument was used as a calendar, to predict dates, events or seasons, aiding in calculations to process astrological information, then wouldn’t that technically make it one massive, analogue computer?

What would an advert for that computer look like? Wonder no more: such an advert exist. Check it out here.

It was an ancient sex symbol.

What does Stonehenge’s configuration remind you of? How about a female sex organ?

This one was suggested by a gynecologist, not an archaeologist, and that’s not all that surprising. Anthony Perks suggested that Stonehenge was an ancient fertility symbol, and that it “represent the opening by which the Earth Mother gave birth to the plants and animals on which ancient people so depended.”

The lack of burials in the vicinity, says Perks, suggests that Stonehenge was associated with life, rather than with death. Even more convincing, from Perks’ point of view, is the similarity when viewed from above between Stonehenge, and the female sex organ.

We’ll leave you to decide on that one. And yes, we decided to skip an illustration on this one.

‘The Piper Illusion’ is the name for a phenomenon whereby when observers walk around two pipers playing in a field (for example), there would be points where the sound waves would cancel each other out, creating a dampening effect.

Experiments have indicated that Stonehenge mimics this effect. Could the people who built Stonehenge have been trying to emulate an effect as heard during festivals or ceremonies?

Additionally, when archaeologists were given permission ‘to whack the henge’, it was reported that the stones gave off the sound of wooden bells, all subtly different variations in sound. Could Stonehenge have been a big, round, stone xylophone? Whether to create music for ritual purposes, or to communicated across the landscape, the henge might have been intended as an instrument.

There are dozens and dozens of theories about Stonehenge, who built it, and why – some more convincing than others. We’ll let you decide on these theories, but for a readable and up-to-date summary of the archaeological evidence and latest research on Stonehenge and its landscape, you can’t do much better than Stonehenge: Making Sense of a Prehistoric Mystery. 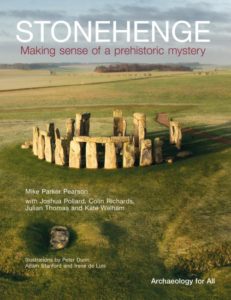 Stonehenge is an iconic monument for people all around the world. Built around 5000 years ago, it stands for mystery and forgotten secrets waiting to be decoded. In this book in the Council for British Archaeology’s ‘Archaeology for All’ series, Professor Mike Parker Pearson presents an up-to-date interpretation of Stonehenge and its landscape. Drawing on his years of research and excavation, the author presents a highly readable account that is lavishly illustrated with images by the renowned photographer Adam Stanford and the reconstruction artist Peter Dunn.