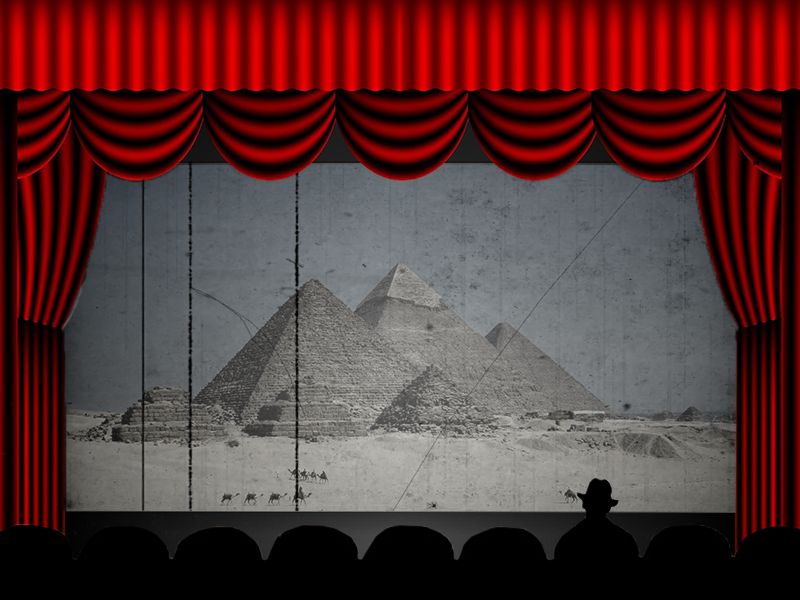 Let’s face it, archaeology doesn’t exactly get the best representation in popular media. There’s dozens, if not hundreds, of films out there that feature an ‘archaeologist’ as a main character – one who speaks 3 different dead languages fluently, breaks more artefacts than they save, and never, ever does any research or write-ups. Is it possible that there’s an archaeology-themed film out there that we can recognise ourselves in? Well, there’s only one way to answer that – and luckily, we’re here to watch terrible archaeology films so you don’t have to!

This time, we’re reviewing Doom (2005), which we absolutely promise is an archaeology movie. 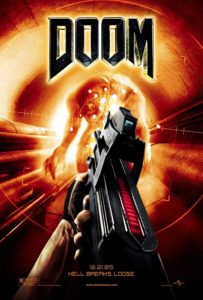 “A team of space marines known as the Rapid Response Tactical Squad, led by Sarge (Dwayne” The Rock” Johnson), is sent to a science facility on Mars after somebody reports a security breach. There, they learn that the alert came after a test subject, a mass murderer purposefully injected with alien DNA, broke free and began killing people. Dr. Grimm (Rosamund Pike), who is related to team member Reaper (Karl Urban), informs them all that the chromosome can mutate humans into monsters – and is highly infectious.”

I know what you’re thinking. Nowhere in that description does the word ‘archaeology’ or ‘archaeologist’ crop up. Can this movie, loosely based on a first-person shooter from 1993, really have anything to do with archaeology?

Absolutely. Buckle up, this one’s a weird ride.

So, what makes this an archaeology movie?

We open on a shot of stars in the night sky. A voiceover tells us, ‘In the year 2026, archaeologists working in the Nevada desert discovered a portal to an ancient city on Mars.’

There you go! ‘Archaeologists’ is the fifth word in the movie. And you doubted me.

‘Twenty years later we’re still struggling to understand why it was built, and what happened to the civilisation that built it’, the voiceover continues, providing a very archaeology-centric setup for the movie. As to why all this archaeology and all these archaeologists weren’t mentioned in any of the marketing, your guess is as good as mine: maybe the Venn diagram of archaeologists and classic video game fans is just two distinct circles.

We’re introduced to the Rapid Response Tactical Squad, the RRTS, who are called to the Mars facility after reports of a security breach. A firmly patriotic (and for some reason, shirtless) Dwayne Johnson takes the call, and assures a troubled Karl Urban that they can manage this one without him. Karl Urban of course, doesn’t listen.

On Mars, the team meets up with Rosamund Pike, the least likely possible casting for Karl Urban’s twin sister, a forensic archaeologist who has orders to retrieve data from the besieged facility; she explains that they’re primarily an archaeological operation, but that they also develop and test weapons – a natural partnership, obviously.

And so, a team of space marines with terrible gun discipline and an unarmed archaeologist enter a facility where the only contact they’ve had is the sounds of screaming from a phone left off the hook. What could possibly go wrong? 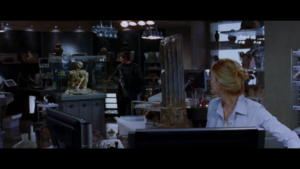 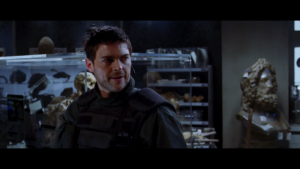 As we can see, finds from this ancient Martian civilisation seem to include Corinthian columns, and what looks like it might be a statue of the Graeco-Egyptian deity Serapis (if anyone recognises the statue, let us know – It’s been driving us mad). There’s also humanoid remains – a woman, nicknamed Lucy, and her baby.

How do you assess the sex of a previously unknown race from a single skeleton? Why are the remains of both the mother and the child fully articulated? Did Rosamund Pike really just suggest that since they’ve found no signs of cancer or viruses in the fossil record, this race had a superhuman resistance to disease?

Whilst exchanging some slightly stilted and very pointed dialogue to show us that these siblings don’t approve of each other’s career choices – “does it ever bother you that you could have spent your life looking in a microscope instead of a sniper scope?” – it’s revealed that Lucy has an extra pair of chromosomes, one which made her super strong, super fit, super intelligent, and heal almost instantly. And what’s more, this chromosome? It was synthetic.

You can see where this is going.

But as it turns out, this isn’t a case of an archaeologists accidentally unleashing an ancient evil. This time, scientists deliberately tried to revive this ancient discovery, implanting the extra chromosome into a prisoner to study the results.

And so, the team begin to find survivors of the catastrophe who are undeniably changed – ripping off their own body parts, eating lab rats, and displaying unusual levels of violence. Team members are picked off one by one, and some don’t want to stay dead. The race for survival begins, and it’s grisly and action-packed.

In amongst all this, a throwaway line suggests that survivors from this ancient Martian civilisation built the portal to escape to the Nevada desert for a new beginning, which has some wild implications for the history of the human race.

Eventually, the climax of the film comes as Dwayne “The Rock” Johnson intends to kill everyone to uphold the quarantine and protect earth, whilst Karl Urban and Rosamund Pike are sure that the spread of the dangerous genetic mutation is by no means universal and try to stop him.

Johnson and Urban both end up infected and facing off. For some reason, neither of them turn into the disgusting-looking horrors that we’ve seen previously; it’s implied that Karl Urban stays looking like Karl Urban because he’s inherently a good man, thus lacking the genetic predisposition towards evil that the mutation latches onto. Dwayne “The Rock” Johnson, on the other hand, just ends up looking exactly like he’s in The Lost Boys (1987).

By now, the film is starting to drag – it sort of feels like it’s ended twice already, but there’s still almost half an hour of movie left, all of which is our two leads fighting and the eventual triumph of Karl Urban (spoilers).

It’s a trashy video game movie whose negative critical reception was probably deserved. There’s some fun action sequences, plenty of gore and violence, and a pretty nifty first-person sequence that’s a delightful throwback to the games. On the other hand, it’s cheesy, terribly paced, and – most importantly – full of deeply questionable archaeology.

But honestly? I still had a good time.

Have you seen the movie? Got any thoughts? Recognise that statue? Let us know on Twitter or Facebook!