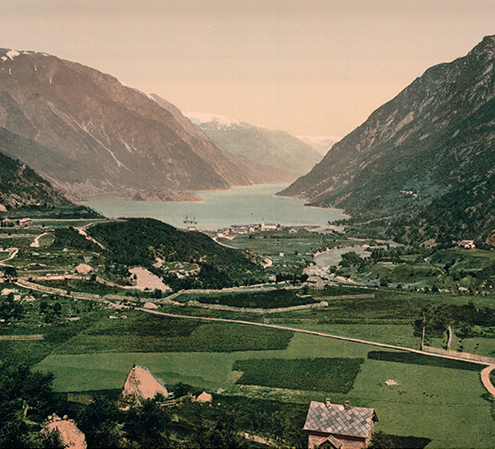 How can pottery help to explore an archaeological landscape? Guest blogger DR. PHILIP MILLS, co-editor of Forms of Dwelling along with ULLA RAJALA, explains.

Landscape archaeology is something that I, as a Roman ceramic specialist, have only been involved with for a relatively short space of time. Before Ulla Rajala asked me to work on the roman ceramic material from the Nepi project, the nearest I had come was by suggesting ways that the roofscape would have an important impact on how the roman urban centre was experienced by those who lived there as part of my PhD (Mills 2013). My ideas were influenced by an early paper by Ellis (1992) who had introduced me to the work of Lynch (1960) which broke down urban form into a number of elements: paths, nodes, districts, landmark and edges, and introduced the idea of the legibility of an urban space – one with distinctive character the inhabitants could relate to.

In terms of the roman roofscape I could see how different roofs could define districts (neighbourhoods) as well as nodes (private dwellings and public buildings) – an important part of the legibility of the city, how individuals would interact with it and how it could constrain or encourage certain interactions. To illustrate this I was able to reconstruct the changing nature of the roofscape of the’ insula of the House of Fountains’ In Beirut from the Hellenistic to the Byzantine periods based on the changing colours and styles of the roof tiles of those eras.

For the Nepi project I somewhat cheekily applied what was a theory of urban planning to the rural hinterland of the city. This was for a number of reasons: a frustration with the limits of the dichotomy in the study of town versus country in roman studies, but also as a means to developing a model for using the ceramic data for something beyond just dating a site –  to try to establish function and status of a particular site within the territory of the city covered by the Nepi survey, as well as a means to address the concerns raised by Witcher’s important critique of survey in Italy (2006).

This led directly into the development of the approach we have termed the ‘ceramascene’. This we defined as ‘the landscape that is created, manipulated and experienced by the manufacturing , usage and disposal of material of deliberately fired clay’ ( Mills and Rajala 2011). This was an attempt to acknowledge explicitly that whilst ceramic material is the main form of evidence recovered in field survey, it does not tell the whole of the story and any patterns  that emerge are very much down the result of many individuals working over the long term.

Ulla herself introduced me to the idea of Ingold’s (1993) taskscapes. This is defined as ‘ a socially constructed space of human activity in the form of the area of everyday actions understood as having spatial boundaries and delimitations for the purpose of analysis.’ We could immediately see how relevant taskscapes were to furthering the ‘ceramascene’ approach especially as a means to develop a  GIS model.

As it happened this was coming up to the twentieth anniversary of Ingold’s original paper and this was the impetus for the sessions we organised at TAG and Nordic TAG to which we are grateful that Ingold accepted our invitation to present a retrospective – and of course the other speakers and those who subsequently contributed papers to this volume.

Supporting Ulla’s work on editing this book has been a very rewarding project for me. Not only has proved useful in getting up to speed in the development of landscape archaeology and current debates within the discipline, but also the inspiring work that is being done in other disciplines. The ceramascene approach which has already insights into how the roman town and country side interacted and how these developed through time. I know that many of the ideas presented at the conference sessions and invited papers will help us in developing the approach still further. We hope the resulting book will be as inspiring for other scholars as well.

Forms of Dwelling: 20 Years of Taskscapes in Archaeology, edited by Ulla Rajala and Philip Mills, is available from Oxbow Books.

An important new collection of theoretical and case study papers, it assesses the continued importance and value of the ‘taskscapes approach’ in archaeological research 20 years after its conception.
Papers range from the study of the Mesolithic to historic and contemporary archaeology, revisiting different research themes, such as Ingold’s own Lapland study, and the development of landscape archaeology.
For more information, or to buy the book, you can click on the cover image.